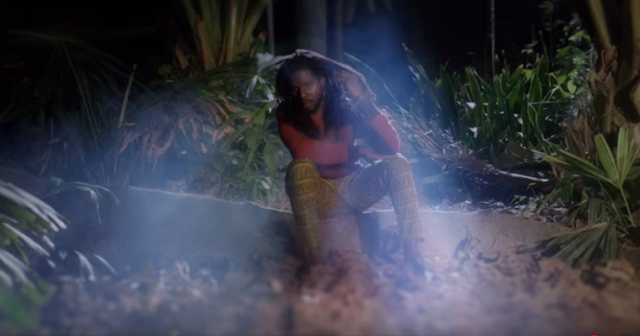 Skankin’ sweet
Everybody wanna feel irie
Forget your troubles and rock with me
You nuh feel how reggae music sweet, yeah-e-yeah

There is something about a Chronixx song that takes you back to old time Reggae “rub-a-dub” back when music had a positive message and a feel-good vibe. A few days ago Chronixx released the video for “Skankin’ Sweet” off his 2017 Grammy nominated Album Chronology and since then people have been skankin’ from Jamaica to Japan.

At 25, Chronixx is a household name in the Reggae genre and when he released his latest video as a move to celebrate the announcement of his headline show at London’s Alexandra Palace, we just had to check it out for ourselves.

The video opens with people in their professions going through the struggles and pressures of life –one being a doctor, furniture maker, and one in an office.

The video follows the unfortunate circumstances brought on by the life of  3 characters — one being a doctor played by Dr. L’ Antoinette Stines founder of L’Acadco and lead Choreographer who has to give a family bad news of losing a loved one. There is also the lone, natural yet dominant female who works in the corporate world at an entry level who has to make nice with her seemingly chauvinistic boss and a group of men who see her as a mere sexual object. Finally, there is the hardworking, struggling skilled furniture maker (Aldaine Daye) whose talent is unmatched yet all his hard work and talent goes unnoticed.

Though each situation is different, the one thing that binds the characters together is music. Music is used as an expression of freedom and an escape from the struggles of life and a way of hope for the future. At the end of the day, each character goes home and completely transforms their surrounding in something relaxing with music in the background. Various Jamaican dances are seen throughout the video from Dinki Mini to Gully Creeper.

The video then pans to Chronixx as the painting done by the female character comes to life in what looks like a forest skankin’ as he is joined by the other characters in separate shots all dancing and enjoying themselves.

We guarantee that after watching this Video you will get that old school Reggae vibe and you not only find yourself singing along but skankin’ along with the video.

Chronixx is currently on Tour | Check out the Tour dates below


Hello There ??
—————————————————————————————————
We have a small favor to ask. People are reading the Haute Lifestyle than ever since our recent placement in the South Florida Blogger Awards but advertising revenues across the media are falling fast. We do not have investors and everything Blog related is funded out of pocket– we want to keep our journalism as fun and open as we can. So you can see why we need to ask for your help. Our article takes a lot of time, money and hard work to produce. But we do it because we believe our perspective and voices matter – because it might well be your perspective, too.
If everyone who reads our posts, who likes it, helps fund it, our future would be much more secure.
For as little as $1, you can support The Haute Lifestyle
– and it only takes a minute. Hit the “DONATE” button on the top right sidebar.
Thanks in Advance
IMAGES MAY BE SUBJECT TO COPYRIGHT | NO COPYRIGHT INFRINGEMENT INTENDED
GET SOCIAL WITH US!Having an event? Invite us
Facebook: https://www.facebook.com/HautePeople
Twitter: @hautepeople
Instagram @haute_people
Pinterest: http://www.pinterest.com/hautepeople/
Join our Site: www.hautepeople.net
Post Views: 300
chronixxchronixx chronologychronixx concertchronixx i canchronixx likeschronixx likes lyricschronixx musicchronixx songschronixx tourentertainmentFashionMusicskankin sweet video
0

The Best and Worst Dressed at Met Gala 2022