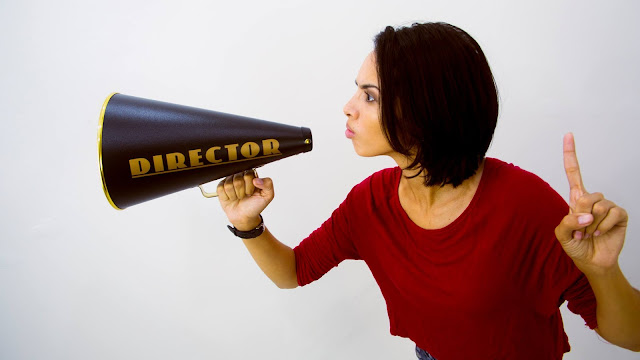 What do you get when you mix Olivia Munn and Megan Fox together? Jamaica’s very own multimedia creative genius Maya Wilkinson! She is passionate and committed to her craft and has a way with words and an interesting way of telling stories through film in a way that might seem unconventional – but it works. She recently raked in 2 Awards at the Actor Boy Awards 2018 in Jamaica and we just had to catch up with her to get the scoop!
THP: Tell us a bit about yourself – who is Maya Wilkinson?
M.W: “Who is Maya Wilkinson” is a very good question. I like to say that it is on my journey with writing, directing and making multimedia art that I am discovering who I am. I have a great passion for creativity; my name, “Maya” means “divine creative power” and creativity, I believe, is the purpose of life.

THP: How did you get into film?
M.W: I’ve been writing since I was a little girl and I always had a love for the performing arts but it wasn’t until I was at the University of the West Indies that I began to even consider the idea of transforming what was in my imagination into things other people could experience. I enrolled in CARIMAC to study Multimedia on a whim; it won a toss-up against Linguistics. In my first few weeks at UWI I began to record my days on a little camera I had and experimented with a Youtube channel (don’t go looking, it doesn’t exist anymore! ?). I eventually invested in a good camera and taught myself what I could from the internet and began to make videos for Hall Committees and the Guild of Students then eventually began to experiment with creative short films. 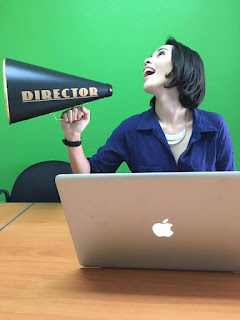 THP: How exactly does one become a film director (for the young curious minds)?
M.W: Do as much self-teaching as you can! Not everyone will have the opportunity to study directing but many of the greatest directors never attended school for their craft. I didn’t study directing (I may still decide to enroll in school one day) but the internet is where I learned many of the technical things I know now. Additionally, getting involved in film projects as a volunteer or intern was a big platform for becoming a part of the film community. Get on set!
THP: How was Heist! conceived?
M.W: One day, I was sitting at work and as I tend to do, I got lost in my imagination and began to hear a dialogue between two hilarious characters bickering about having to steal a painting. I wrote the conversation down and then when I got home I named them “Max” and “Tigs” and began to work on developing the story for the Tallawah Dramatic Arts Festival that was being staged about a month later. I finished the original piece as a twenty-minute play with a cast of three and we entered the competition and won Best Production.
I decided to expand the story into a full two-act play and then decided to challenge myself by staging it as my debut commercial production.

THP: What is the main message of that play? And did you know it would be so well received?
M.W: The message in the play is more of a massage (LOL) -­‐ they say laughter massages your organs after all! I wanted “Heist” to transport people into an aesthetically pleasing experience not just with the story on stage but also with sound and visuals. We worked with young sound designers, filmmakers, and visual artists to create the set design and multimedia for the show. “Heist” was therapy!

I ultimately knew the play would be well received by the theatre community because on the year-long journey to staging it I had readings, workshops, and consultancies and did some research and I was blessed to have had a fantastic cast, crew and production team. But I did not imagine the reception would have been as impactful as it has! I knew the play was funny but hearing the audience laugh almost non-­stop every single night and then erupt into applause at curtain call was absolutely thrilling. We sold out most of our shows and have had many requests for another remount. We were also nominated for twelve actor boy awards and were awarded Best Sound Design, Best Special Eﬀects and Best Actor in a Lead Role went to Desmond Dennis who played “Tigs.”

THP: What are 3 words people use to describe you?
M.W: I had to do some research on this one! The most common three words turned out to be: weird, funny and creative.

THP: 2 Actor boy Awards, that’s amazing? Describe that moment they announced your name.
M.W: The nomination itself was an award for me. To have my debut production be honored in that way by some of the most experienced thespians in Jamaica is an amazing feeling. When they announced “Heist” for the first win I was so excited and nervous that I ran on and oﬀ stage as quickly as I could because at that moment I realized that I’m at the beginning of another very exciting journey in my life. 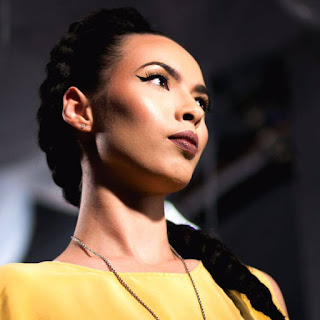 THP: And modeling – we’ve seen you take on the runway a few times, how did you get into that?
M.W: I started modeling in high school in one of our concerts and then entered my first pageant, Miss Montego Bay High School. I enjoyed it because it allowed me to transform into a “girly girl” -­‐ something I wouldn’t have done on my own. I love performing in general and to me, modeling is another way to perform so I always looked for ways to be on the runway.
THP: What can we expect from you in the coming months?
M.W: My latest project, “Heart of the City” is a dystopian sci-­‐fi musical. It is being funded by Honeybun, who put out a call for Film Treatments with the intention of supporting an artistic endeavor. My cousin, Kaiel Eytle and I along with Seretse Small are putting this film together. Kaiel -­‐ Producer and Co-­‐Writer, Me as Director and Co-­‐Writer and Seretse as Music Supervisor. Lead roles are played by Darian Reid and Everaldo Creary and other main casts are members of Quilt Performing Arts Company (who inspired parts of the story) and other young musicians.
Synopsis:
“Kingston Future has become a utopia. There is no crime, no hunger, no poverty -­‐ no problem. But this has come at a cost. Grey, colorless Kingston is no longer the city we know. All art has been outlawed; culture and Jamaican language have been removed, making way for the corporation Capsule8. People have become mere cogs in a machine. Alexander is one of these cogs and he is plagued by dreams of a mysterious stranger calling to him. These dreams lead him to a group of outcasts, living in the ruins of Kingston Past. They are “The Circle”, remnants of the creative heart

of Kingston living in exile. When the group comes under threat of being harmed by Capsule8, Alex must join The Circle to save it and in turn, restore the “HEART OF THE CITY”.”
The film will be released this year. The aim of the production is to prevent Kingston from getting to where it does in the film 🙂
Get Social with Maya!
Instagram: @epicmayers
Hello There ??
—————————————————————————————————
We have a small favor to ask. People are reading the Haute Lifestyle than ever since our recent placement in the South Florida Blogger Awards but advertising revenues across the media are falling fast. We do not have investors and everything Blog related is funded out of pocket– we want to keep our journalism as fun and open as we can. So you can see why we need to ask for your help. Our article takes a lot of time, money and hard work to produce. But we do it because we believe our perspective and voices matter – because it might well be your perspective, too.

If everyone who reads our posts, who likes it, helps fund it, our future would be much more secure.
For as little as $1, you can support The Haute Lifestyle
– and it only takes a minute. Hit the “DONATE” button on the top right sidebar. Thanks in Advance
IMAGES MAY BE SUBJECT TO COPYRIGHT | NO COPYRIGHT INFRINGEMENT INTENDED
GET SOCIAL WITH US!
Having an event? Invite us
Facebook: https://www.facebook.com/HautePeople
Twitter: @hautepeople
Instagram @haute_people
Pinterest: http://www.pinterest.com/hautepeople/
Join our Site: www.hautepeople.net
Post Views: 207
actor boy awardsentertainmentFashionheistjamaica film and television associationjamaica film commissionjamaica film festivaljamaica film industryLifestylemaya wilkinsonthe haute lifestyle
0

Holidays Outfits for Every Event in 2022